We don’t have a crystal ball, but there are data sources that help predict what mortgage rates will do in the near future. In review, 2019 was an outstanding year for mortgage rates, and mortgage shoppers can expect to still find great value going into 2020. If you are thinking about purchasing a home or condo, these low rates can offset some of the higher prices we are experiencing on Maui.

Currently, rates are in the sub-4% range according to Freddie Mac, which is a drastic dip from just a few years ago. New mortgage consumers are saving $250 per month on a 30-year fixed, $600,000 mortgage.

If you are waiting for lower rates, they are already here, and experts don’t anticipate them going lower in the near future.

Economic forecasts for 2020 predict mortgage rates will average around 3.7%. However, rates could fluctuate higher and lower, and still average out to 3.7%. This makes when you lock in your rate important. Since rates are currently hovering near 3.7% according to Freddie Mac data, it’s an excellent time to lock in and eliminate the risk of higher rates later. 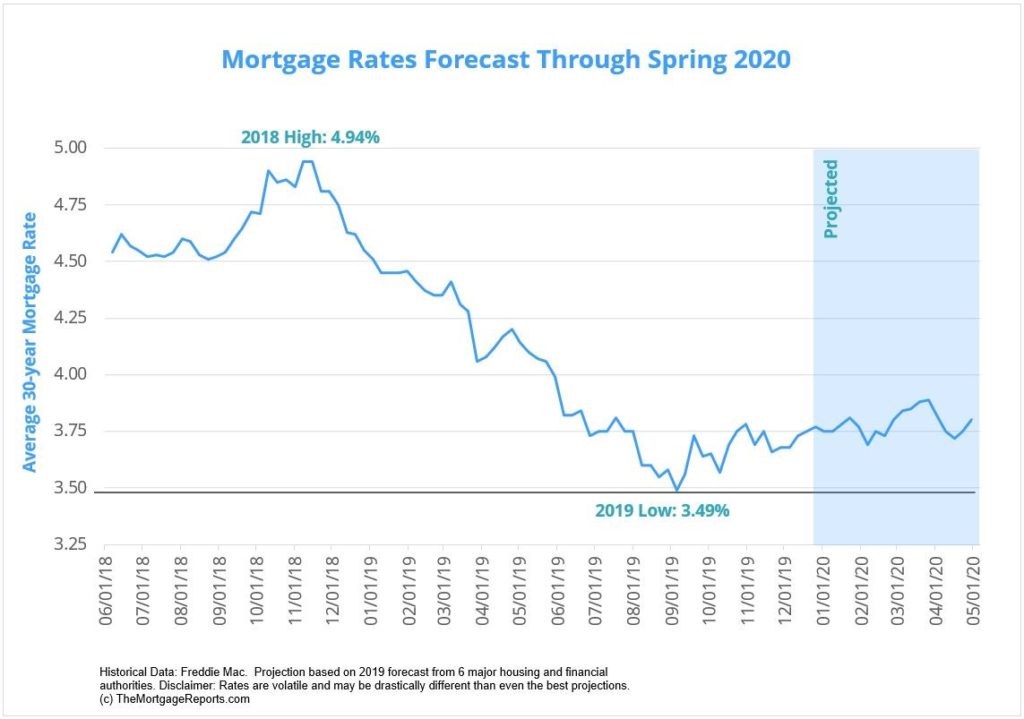 How will the January 2020 Fed meeting change rates?

One of the “levers” The Federal reserve uses to adjust economic performance in the U.S. is the federal funds rate. This is the rate banks are able to lend money to each other. However, the rate also indirectly affects home equity lines, credit card rates and mortgage rates.

The Fed cut rates for three consecutive times in 2019– the fastest drop since the late 2000s economic crisis. A sluggish economy combined with pressure from President Trump led to some of the lowest rates we’ve seen in years.

However, Federal Reserve Chair Jerome Powell has emphasized something drastic would have to happen to warrant another cut. The group didn’t cut rates in December, 2019, and are not expected on in the late January meeting. 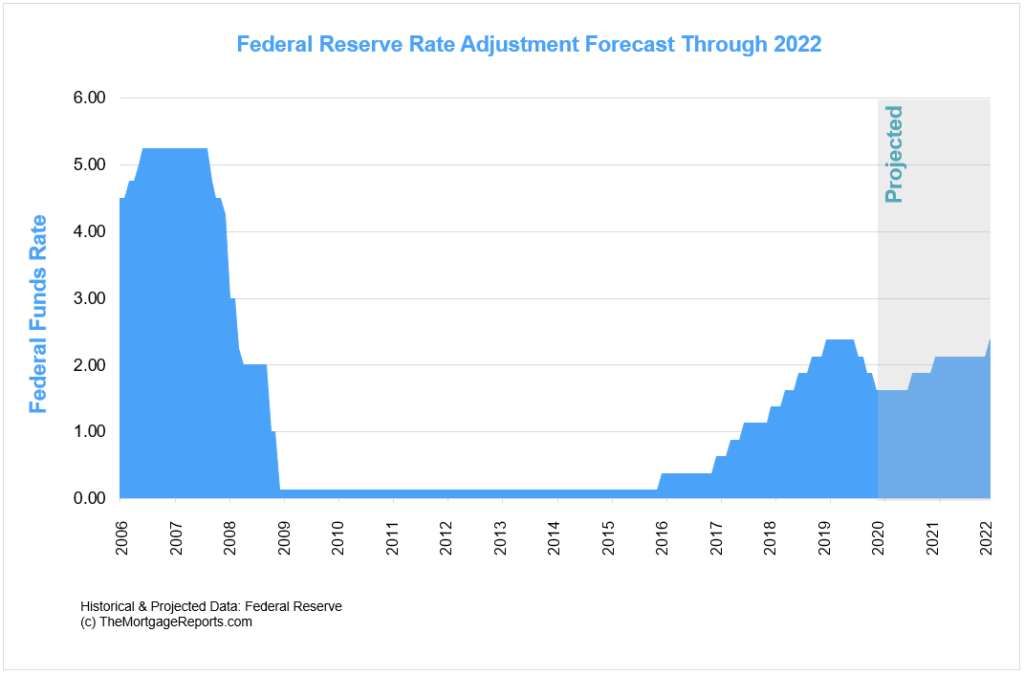 President Trump recently became the third U.S. president to be impeached. Even though his case is likely to be dismissed in the Republican controlled Senate, many are still wondering how the proceedings will affect the economy and mortgage rates.

According to Bankrate, the stock market was not affected much by previous Nixon and Clinton impeachment processes. However, other market conditions did affect the economy.

In Nixon’s tenure, skyrocketing oil prices threw the country into recession. Because the economic falter was inflation based, mortgage rates skyrocketed.

Bottom line is, other factors in the economy have more impact, while impeachment proceeding historically have had less impact, on mortgage rates.

Even though these predictions are based on data, rates can be unpredictable. The only thing we know for sure is what is right in front of us right now—mortgage rates are currently low.

But if you want more advice, here is a chart of 2020 Mortgage rate predictions from 10 industry experts:

Predictions can be altered by a myriad of factors, some of them already known to us. The China Trade War and manufacturing uncertainty are two aspects that could drive rates lower when combined with other economic factors. Foreign economies also affect the US mortgage market.  Mortgage rates are determined by the price of mortgage-backed securities (MBS). These financial instruments are bought and sold by investors worldwide. As rates fall in other economies, such as Japan and Germany which are currently seeing less than 0% return, U.S. MBS look pretty good, even at 3%. 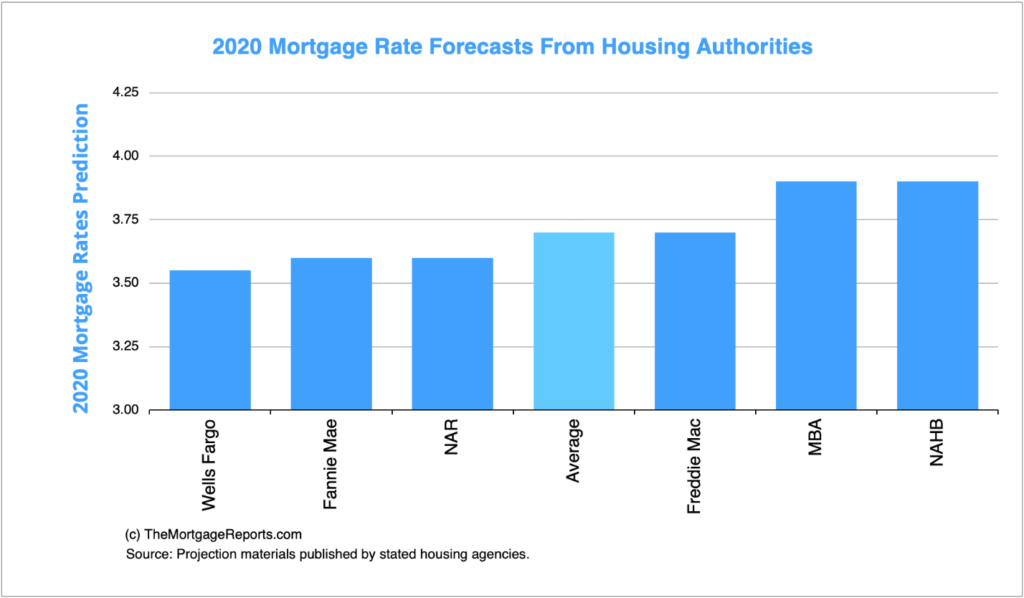 Which mortgage company has the best rates?

The key here is to shop around. You likely will see similar rates, but some companies offer lower rates to gain market share. One company might offer lower conventional rates and a higher FHA rate, or the other way around. Make sure to get quotes from various lenders.

Summary
Predictions are an estimate based on data we have today. Over the past 46 years, mortgage rates have seen a yearly average as low as 3.65% in 2016 and as high as 16.63% in 1981. An anticipated 2020 mortgage rate average of 3.7% is definitely on the low end of the historical data chart.